7 Ways To Boost Healing Power Naturally With This Heroic Antioxidant!

Glutathione, (pronounced “gloota-thigh-own”), is one of the most important and powerful antioxidants  in our bodies to stay healthy and prevent aging and diseases. It is also critical to immune function and controlling inflammation. But, many of us have lower levels of this super hero antioxidant which can get us into trouble and lead to illnesses as well as alzheimers, heart disease and cancer.

What is glutathione and how does it work?

Glutathione is made by the body from the amino acids glutamic acid, cysteine and glycine. It is manufactured in every cell in our body and its job is to protect the mitochondria, the powerhouse of the cell from toxins, bacteria and viruses. Antioxidents in general are very important as they  willingly donate components to stabilize free radicals.When there are not enough antioxidents, free radicals attack healthy cells causing health problems.

So what makes glutathione more special than other antioxidants? It not only has a “sticky” sulfur group which acts like fly paper to trap free radicals and other toxins like heavy metals, explains Dr. Hyman,  but it has the ability to recharge other spent antioxidants like vitamin C and E according to Leslie Fuller, NC, associate dean at the National College of Natural Medicine.

It can tackle free radicals and recharge other antioxidants…WOW!

Consider it the superhero of antioxidants!

But, glutathione has a kryptonite- cumulative toxins in our bodies known as oxidative stress. When the toxic load in our bodies becomes too great, glutathione is unable to be recycled in the body at the rate needed. Why then, if glutathione is so… super… can’t it keep up? Even though free radicals are produced as part of our natural physiological processes like breathing or using our muscles, humans evolved in a time when there were not thousands of industrial chemicals and other heavy metals like lead and mercury in our surroundings infiltrating our bodies and, there wasn’t the inescapable bombardment of electromagnetic radiation. Our bodies are having a hard time keeping up. Pair that with …

… and you have a recipe for cellular disaster.

Luckily, making sure you get in enough of this super awesome super antioxidator is pretty straight forward.

1. Get in your exercise

Amino acids are the building blocks for glutathione.  Eggs and whey protein are excellent sources. If you buy whey, make sure you buy a protein that is bioactive ensuring that the amino acid cysteine is more bioavailable. Eggs are also rich in sulfur which is an important component of the glutathione molecule.

3. Get in your glutathione rich fruits & veggies

…are high in the plant type of glutathione that is converted in the body to boost your supply of the super hero antioxident. Eating these foods raw is best. Otherwise, if you aren’t  a raw veggie fan,  lightly steaming them is a good idea as cooking and microwaving destroy antioxidents. 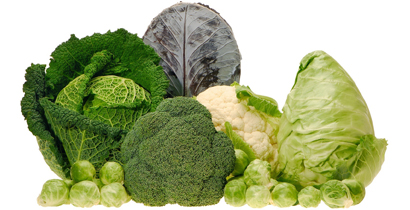 Cyanohydroxybutene containing veggies such as

…help boost glutathione levels in the body. Many of these veggies contain alpha lipoic acid (ALA) as well which also promotes glutathione synthesis. Bonus! 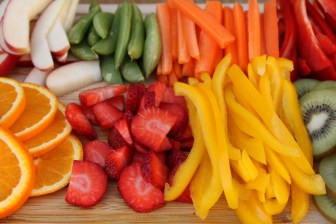 Glutathione is in cahoots with other antioxidants like vitamin C and E to rid the body of toxins. Studies show that people who have high vitamin C levels also have high glutathione levels.

You can supplement with glutathione or the components that help boost its levels like: Reducing toxins in your daily life not only has huge impacts on your over all health but reduces the demand on your glutathione supplies. Limit your exposure by:

I supplement with glutathione in its liquid form and let me tell you, the taste is a bit weird and I have to chase it with another food or drink like peanut butter or juice but, I don’t mind as a little swig of this stuff has some pretty profound health effects!

Here’s to your health!