Got Crickets? The New Protein Supplement

Supplementing your diet with insects doesn’t seem like a totally appetizing way to get in your protein, but when these creepy crawly’s are ground into flour and baked into a cookie that looks like this…. (and tastes good, more like a gluten free cookie according to Julie R Thomson at the Huffington Post )…… 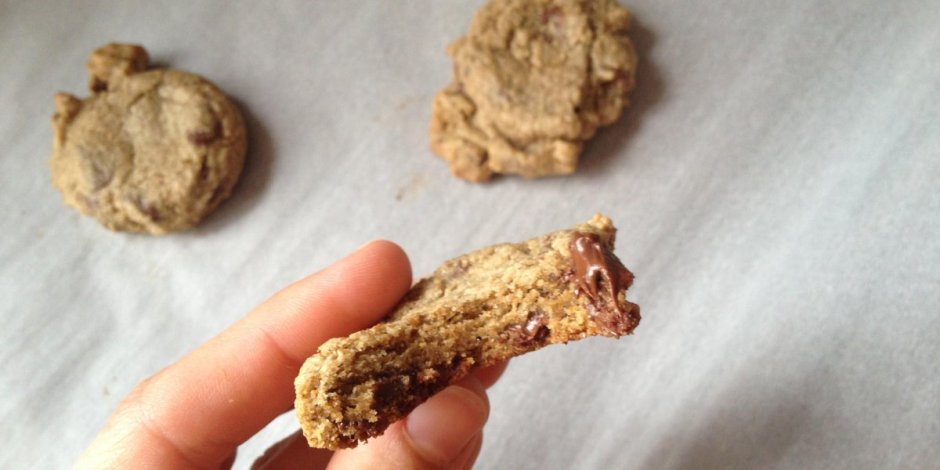 Protein derived from these multi-legged chirping creatures is getting a lot of attention recently. There are also several companies capitalizing on this new, more sustainable protein source. So what’s all the fuss?

3) Insects for food is a growing industry

4) Where to buy and what to look out for

6) 20% discount at Next Millennium Farms

The global population is projected to reach 9 billion people by 2050 doubling the demand in food supply! Meeting the demand to feed this crazy increase in population will be a huge challenge. Can the earth even sustain this many people? This  future projected 75% increase in protein demands alone will be energy intensive and polluting (more on that later).

Crickets are a very nutrient and protein dense and high fiber food source. Over two billion people from a dozen different cultures consume insects as a part of their daily diet. Beetles are among the top insects consumed worldwide.

Energy must go into the entire animal for growth, not just the parts we eat. Since we  don’t eat the entire cow, much is wasted as far as human consumption where cricket flour, for example, is the whole crickets ground up- exoskeleton and all!  This makes crickets far more efficient at converting feed into protein needing 12 times less feed than cattle, 4 times less feed than sheep and half as much as pigs or chickens to produce the same amount of protein we can then consume. 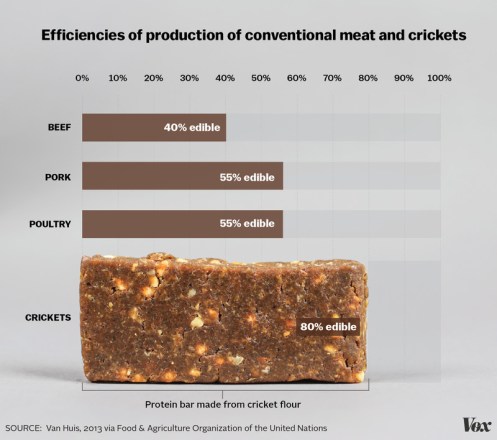 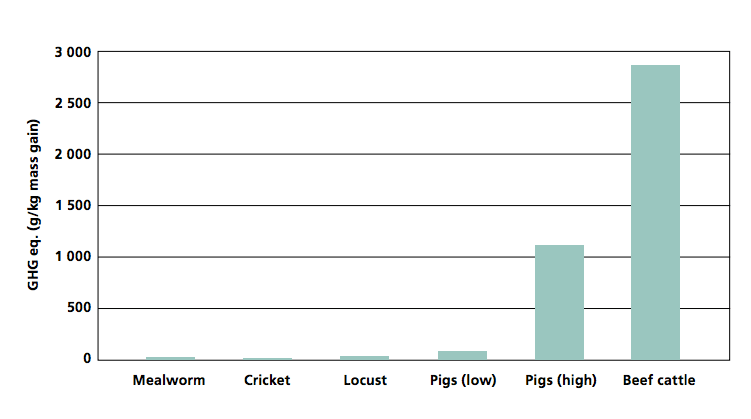 Crickets require less land. Studies have shown that raising insects requires much less land. Cattle production, according to FAO (2006) accounts for 70% of all agricultural land use! That is huge!

Crickets are nutrient dense. They are also high in protein and in fiber making them a healthier source of protein than traditional animal protein.

There is speculation that crickets are less likely to transmit  zoonotic infections to humans as they are taxonomically distant from us bipedals. But, there is not enough hard evidence to support this. One major issue to consider with cattle production is manure management. This is a huge issue for cattle farmers as it poses potential health risks and environmental pollutants if not managed properly. See EPA for more info.

3) Insects for food is a growing industry

Several companies have cropped up offering protein bars and cricket flour to consumers and they are becoming widely available with the recipes to show us how to use them!

Investors like Bill Gates and Twitter co-founders Evan Willians and Biz Stone are sinking money into companies utilizing insects for their products.

The Exo Protein Bar has gotten a lot of attention and rave reviews for its taste, nutritional value and ingredient list.

If you are cool with eating some bugs make sure you are getting your insects or cricket flour from reputable sources. Many insects  have traces of pesticides and insecticides on them. You will want to buy your products from companies that raise their crickets aligned with practices that make crickets safe for human consumption such as Next Millennium Farms, Big Cricket Farms or Bitty foods .

Want to be more adventurous? Check out this source list to get insects in other forms: Girl Meets Bug

Here’s a few recipes to get you started 😀

But really, Americans eat an obscene amount of meat in their diets.  Do you really need to eat that 1/2 lb burger or that 24 oz steak?

You don’t have to resort to crickets to cut down on a non-sustainable food source. 1) you can buy locally from farmers who humanly treat their animals and,  2) Of any diet that’s out there, no matter what diet type a study is researching,  all these studies for many diet types have one thing in common……  they always show that a diet high in vegetables with normal amounts of protein is optimal. So eat your vegetables!….. and maybe a few crickets.

6) 20% discount on cricket flour for Get Fit. Go Figure! followers!

Head over to Next Millenium Farms  and use the coupon code “OnUs” for a 20% discount. 😉 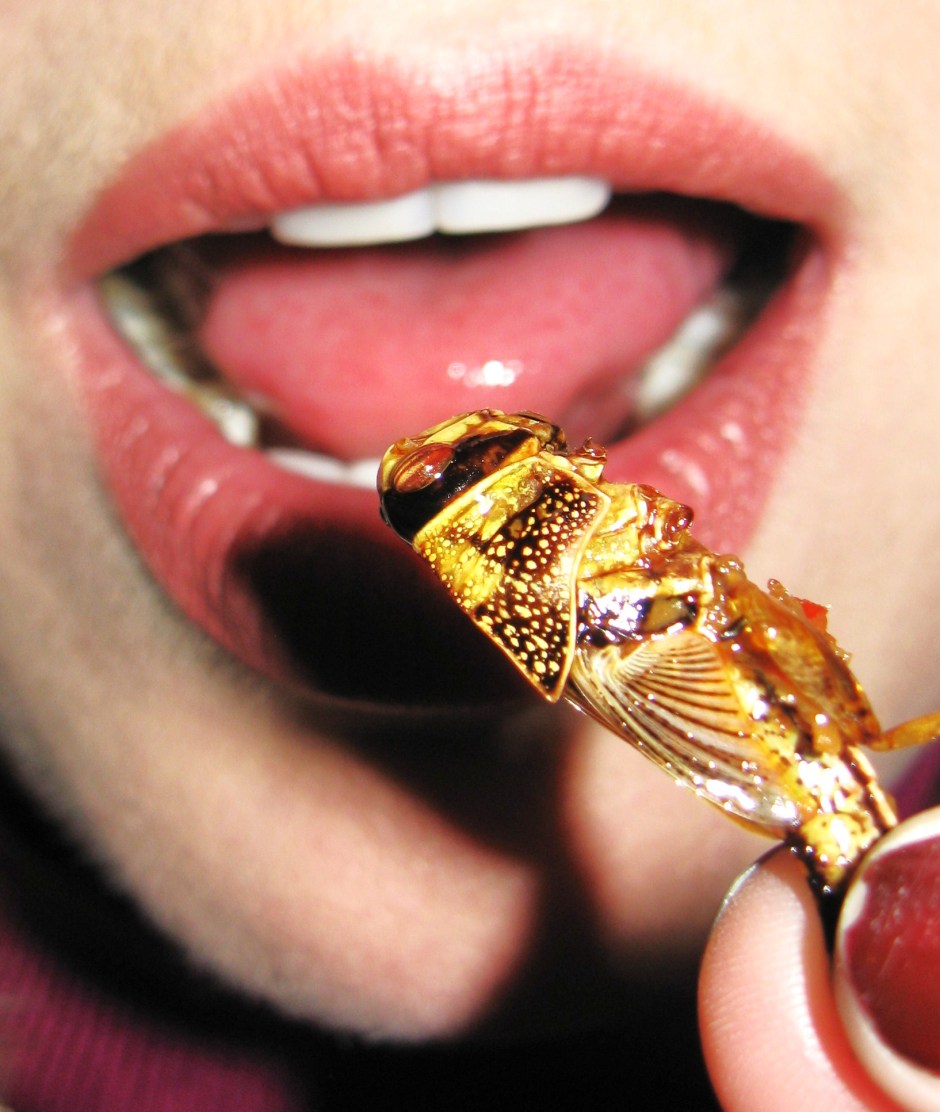